Both schools were greeted and collected by Sean Sweeney (East Barnet School’s Premises Manager) and Sue Waters (the school Bursar) and were dropped off at their hotel.

The exchange started early on Monday morning when both schools were collected and driven to East Barnet School for breakfast all together; the Italian and Polish students met the UK students for the first time and had a short tour of the school. After breakfast, all students attended an assembly where they were welcomed by the whole school and experienced a ‘typical’ Monday morning assembly. The assembly incorporated a presentation about the Erasmus project informing the whole school community of the project with short videos and images of all the exchanges and events that have taken place so far. The students were also able to watch a premier of a short film which had been scripted, acted, directed, edited and produced by East Barnet students and filmed using a professional film crew (the feature length version of the film was showcased at the prestigious Curzon Cinema in Mayfair!). After assembly the first group activity took place which was an ice-breaking game for the students to get to know each other better which then led to the students playing a very competitive game of basketball. This ran up until break time where they had freshly made sandwiches, fruit and drinks. After break, the students presented their videos and PowerPoints on the topic of Health for this exchange. Each of the presentations were insightful and entertaining. This led us up to lunchtime where all the students were able to sit together and have a healthy balanced meal and dessert. After lunch, East Barnet students took the Polish and Italian students for a longer tour around the school where they were able to visit other classes. They were then driven back to the hotel to relax and have their evening meal together. 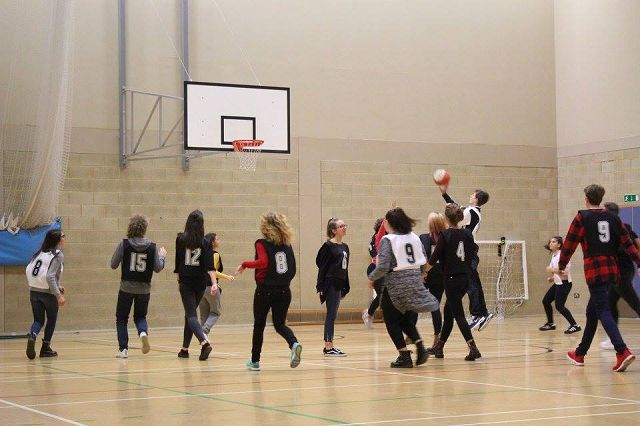 Tuesday morning started with being collected from the hotel and driven to East Barnet school for breakfast all together (this happened every morning). After breakfast we ventured out on our first short excursion to the prestigious hand-made Artisan Chocolatiers ‘Prestat’. This company are renowned around the world for making the finest, highest quality chocolate - they even make chocolates by appointment to Her Majesty The Queen and they are one of her favourite purveyors of chocolates! Here, the students were not only able to go on lengthy tour of company to see the production of hand-made chocolates but were also able to sample some of their finest chocolates. After having their fill of luxury chocolates, we decided to burn off some of those extra calories consumed by venturing into central London and Mayfair to see one of the world’s most luxurious department stores – Fortnum & Masons (a department store produces products by appointment to Her Majesty The Queen). The objective here was for the students to gain an insight into luxury high-end food production in the UK. They were able to see the link between how ingredients are sourced from the very beginning to being produced into products, packaged and then sold. The evening was left optional for the students to go to a music event at the trendy Jazz Café in Camden Town where Steve Sadler’s friend was performing.

Wednesday saw the students back in school where they were set the challenge of working in small groups to produce healthy meals/desserts with a set of basic ingredients. The objective was to create a range of dishes which were nutritionally balanced and that reflected their culture in some way. This activity fully engaged all students as they had to work together in order to decide upon what to cook in the time available as well as how to be creative with a range of basic ingredients. This activity really challenged their creativity and resourcefulness. They were incredibly successful and made a wide range of delicious dishes. The students also had to carry out a nutritional analysis of the products they had made using a computer software programme commonly used in the food industry called the Nutrition Programme. Nutrition labels (which are found on all food products) were printed out and analysed in terms of how healthy and nutritious their food products actually were. The afternoon was left to go to the British Museum and the Natural Museum as well as general sight seeing around central London. 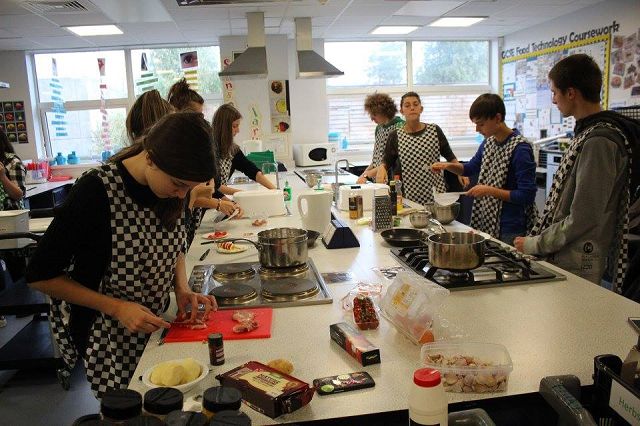 Thursday was our long excursion to the quintessential English Cotswolds. Here students were able to visit the award winning, high-end Daylesford Organic Farm. This trip was organised to give an insight into the UK’s organic food production and retail. The plan was for the students to see the dairy and creamery farm and to have the opportunity to learn high level cooking techniques commonly used by the top chefs. Unfortunately this activity wasn’t able to go ahead as Daylesford had a film crew who turned up at the last minute to film a section in one of our popular food programmes. So after a quick tour around the farm and their shop the students then had a tour of the Cotswolds seeing the quaint towns and villages of Bourton on the Water, Stow on the Wold and Chipping Norton. The students were then ready to do some shopping at one of the popular Designer outlets called Bicester Village. We then set off back to London where the Italian students were brought back to the hotel and Steve Sadler took the Polish students to the hip and trendy Camden Town market.

Our final day on Friday saw the students back in school in the morning to have breakfast and to complete their questionnaires. After completing the questionnaires the students walked to Cockfosters tube station to go on to their final short excursion to Waterloo and then onto the London Dungeons.